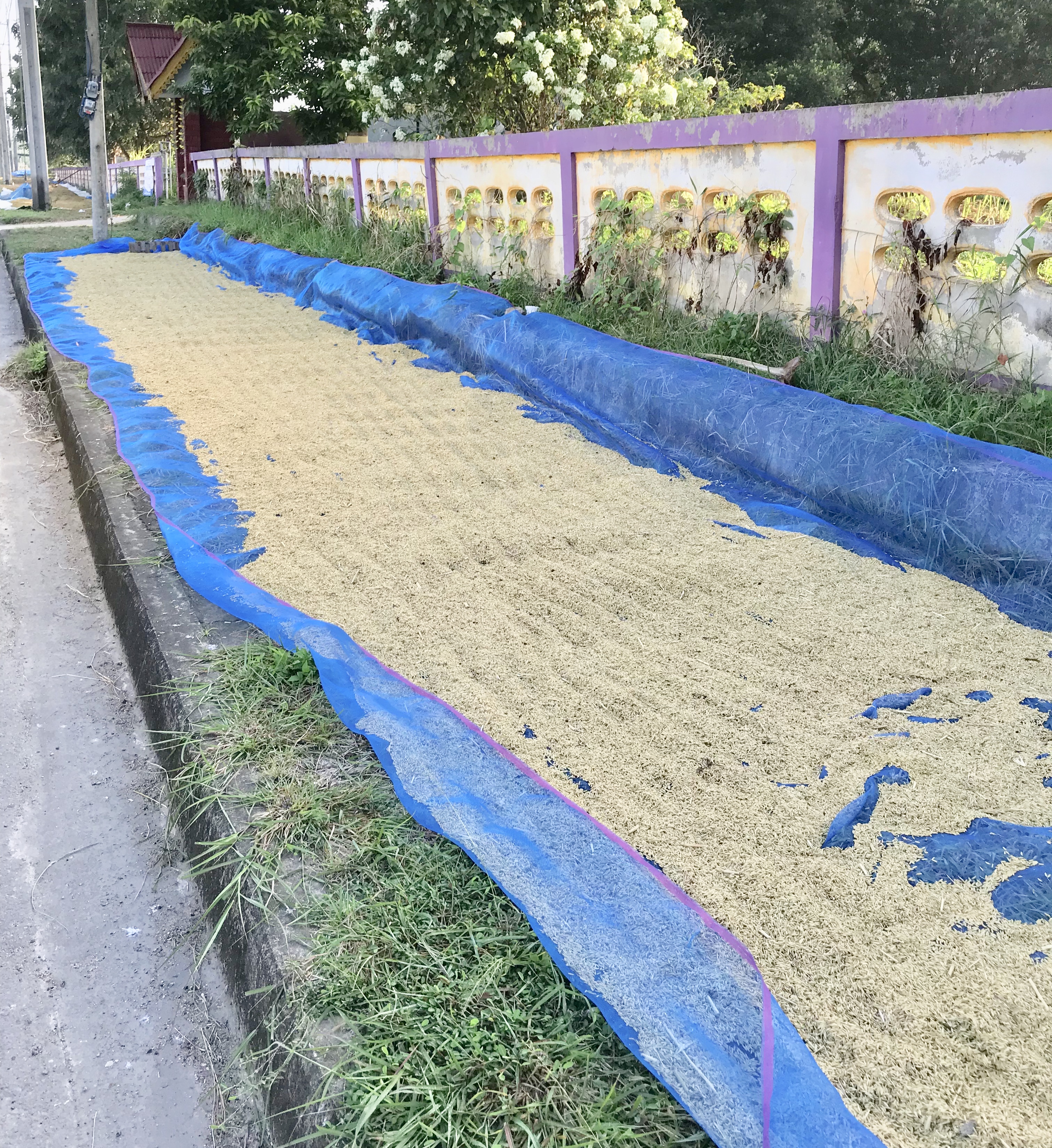 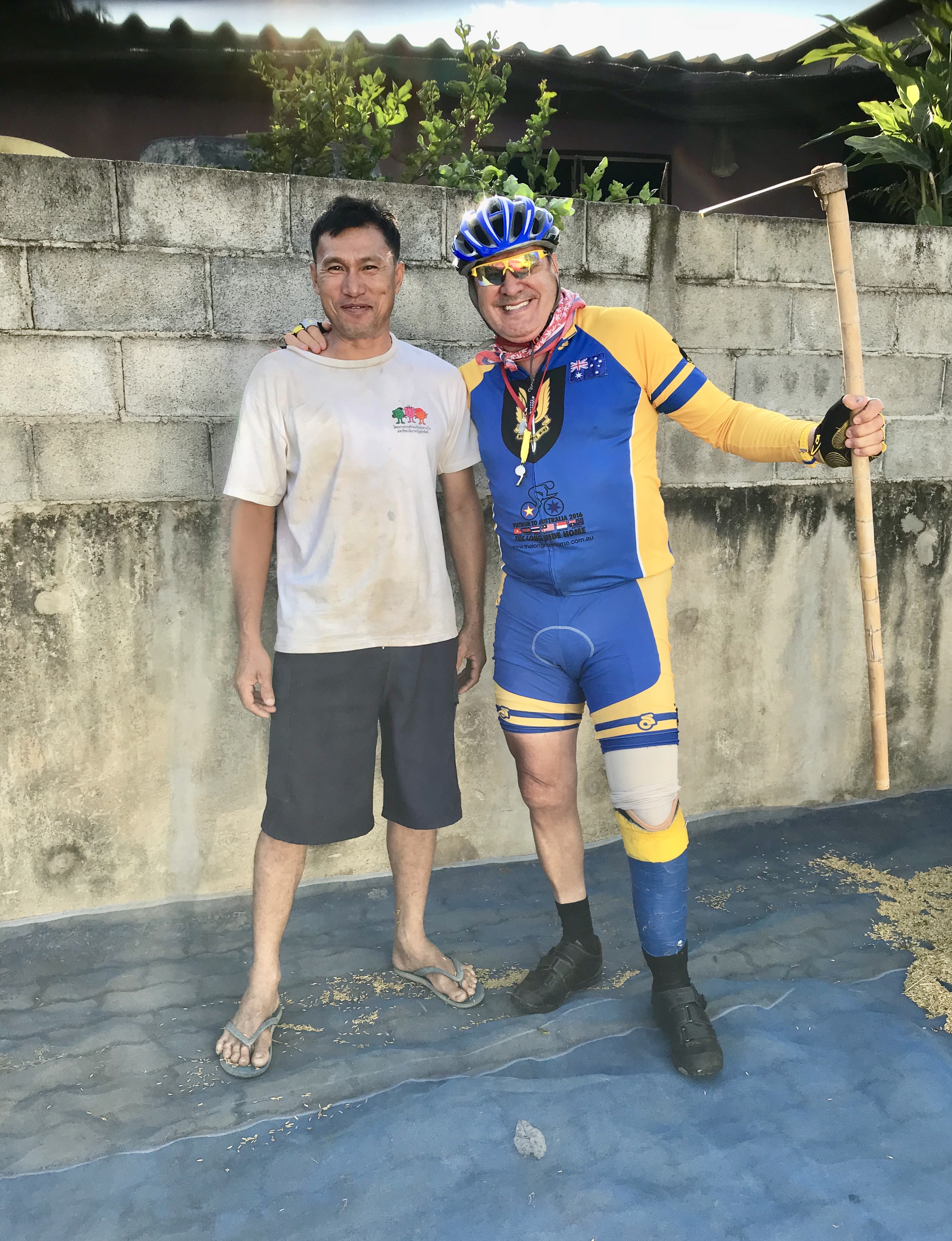 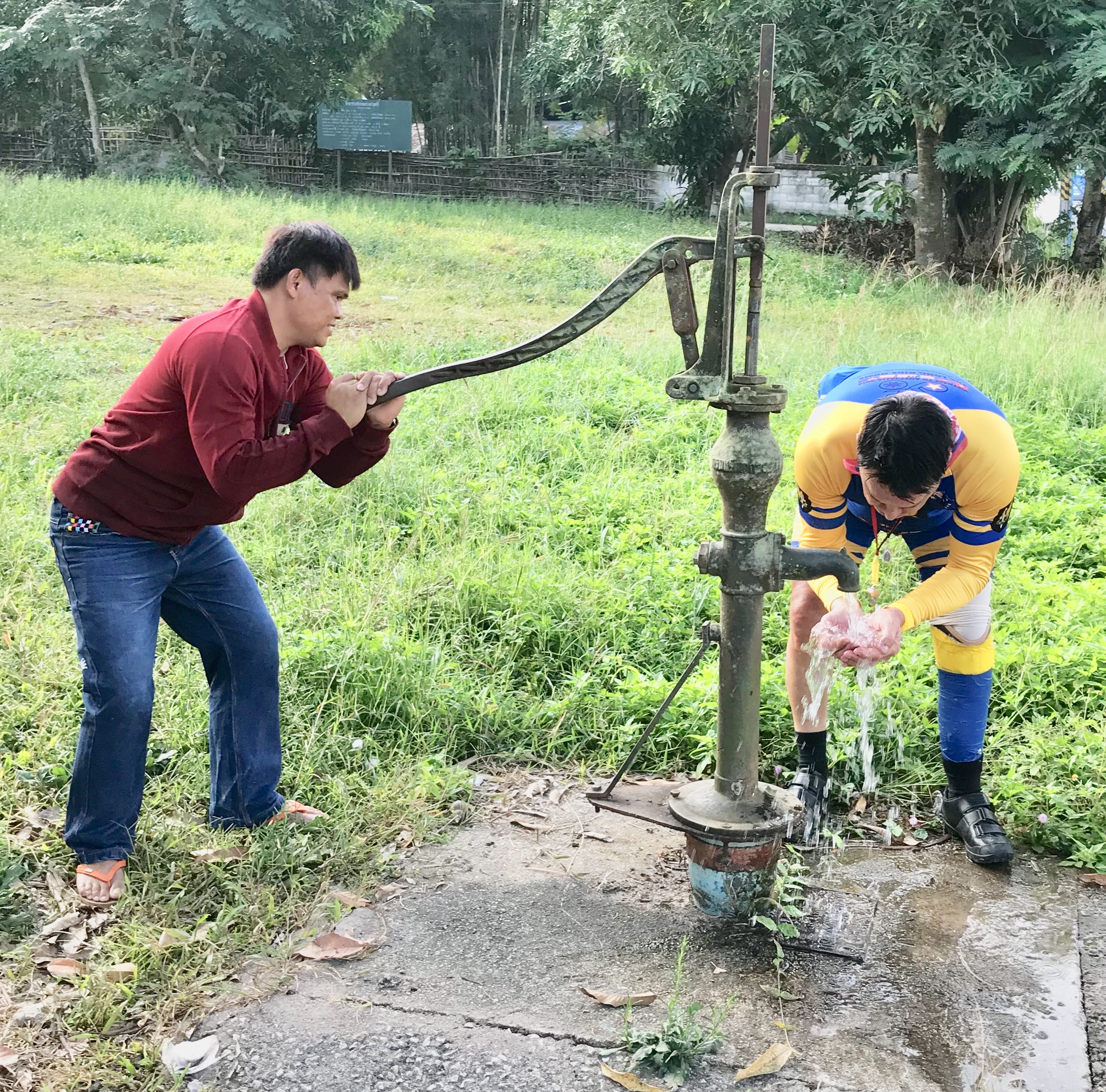 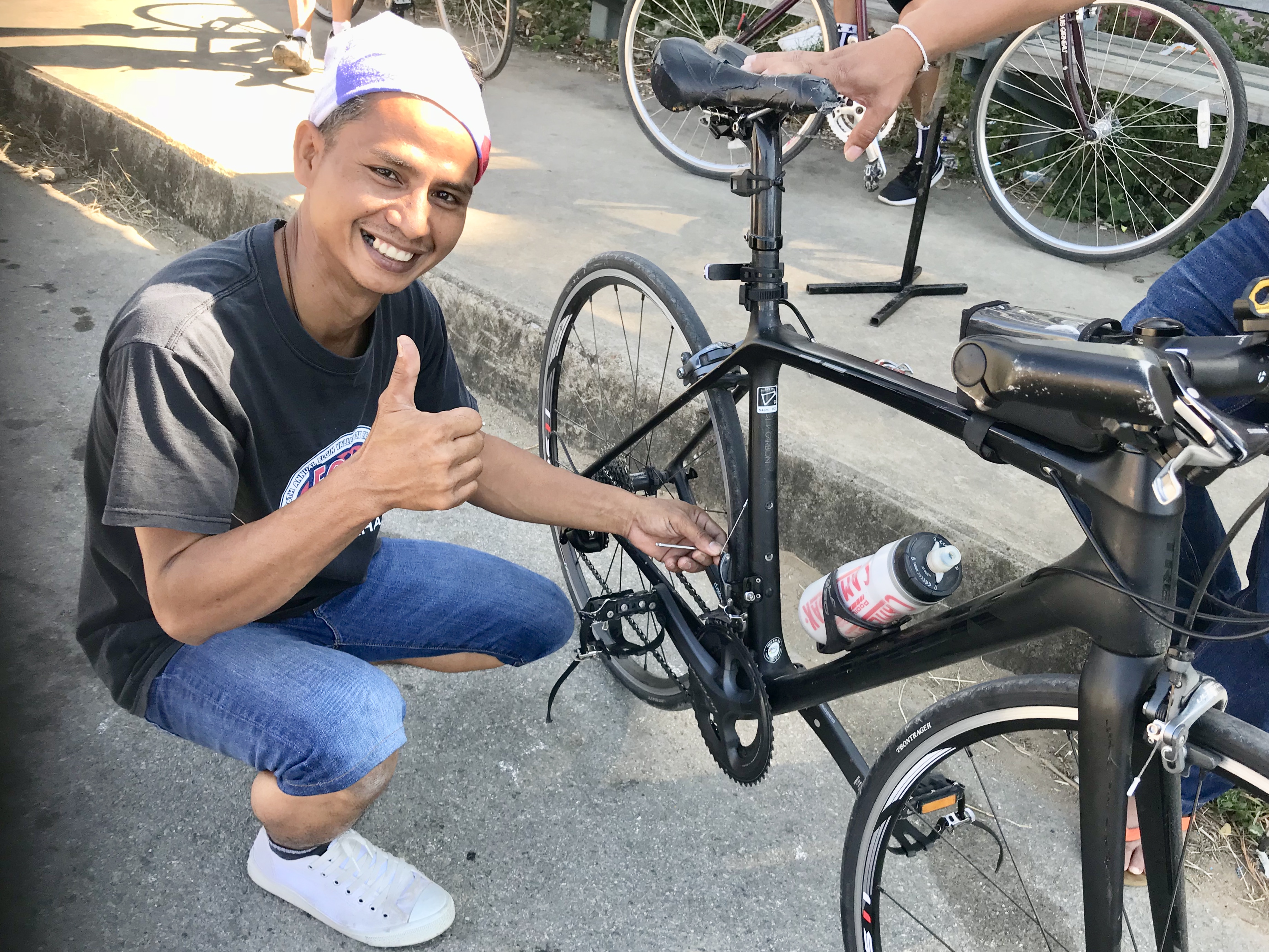 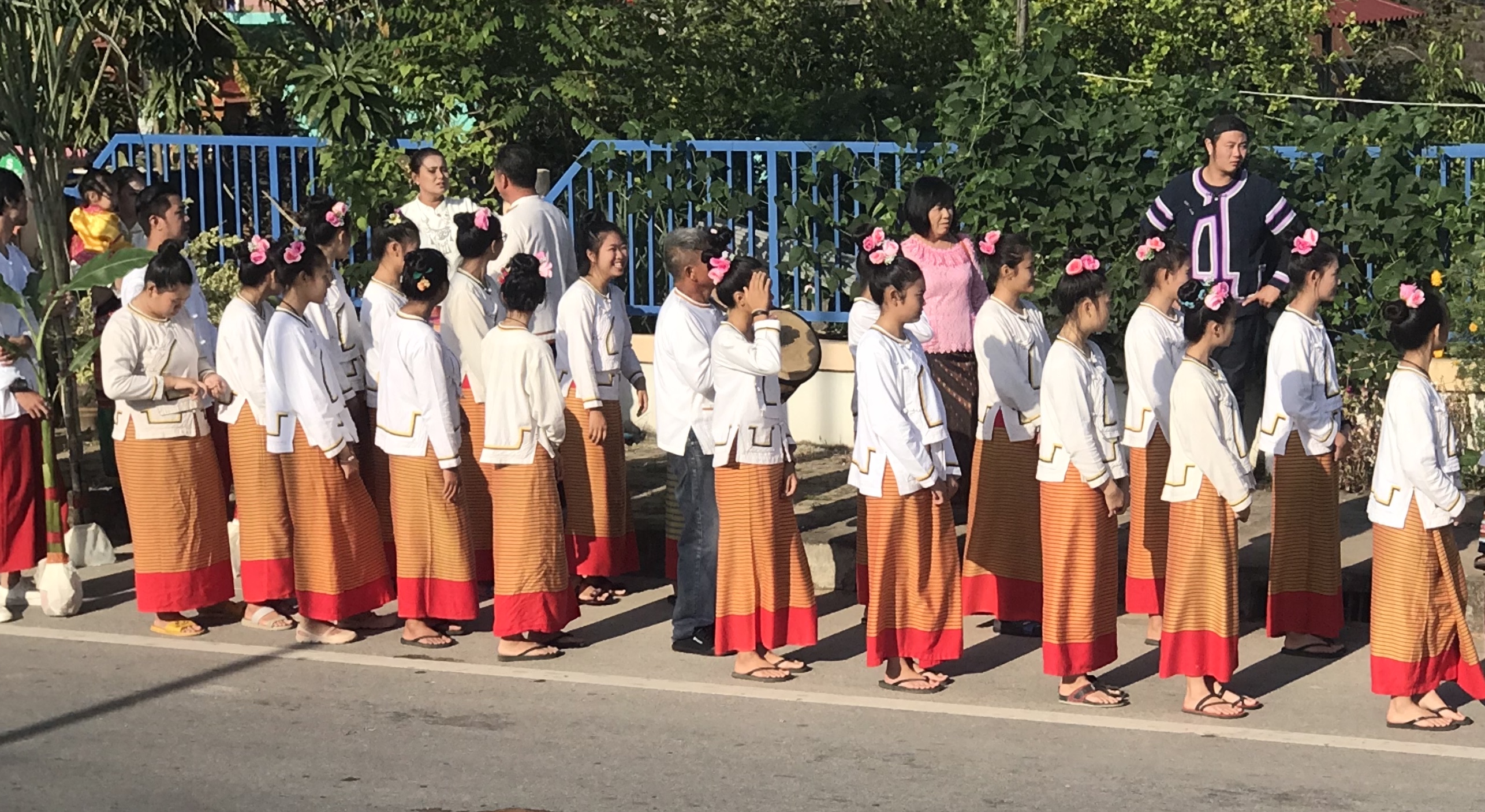 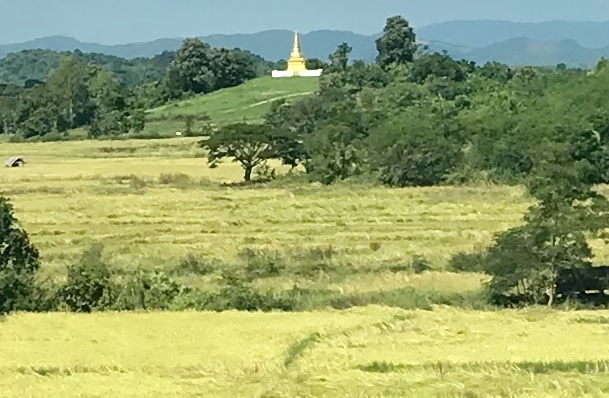 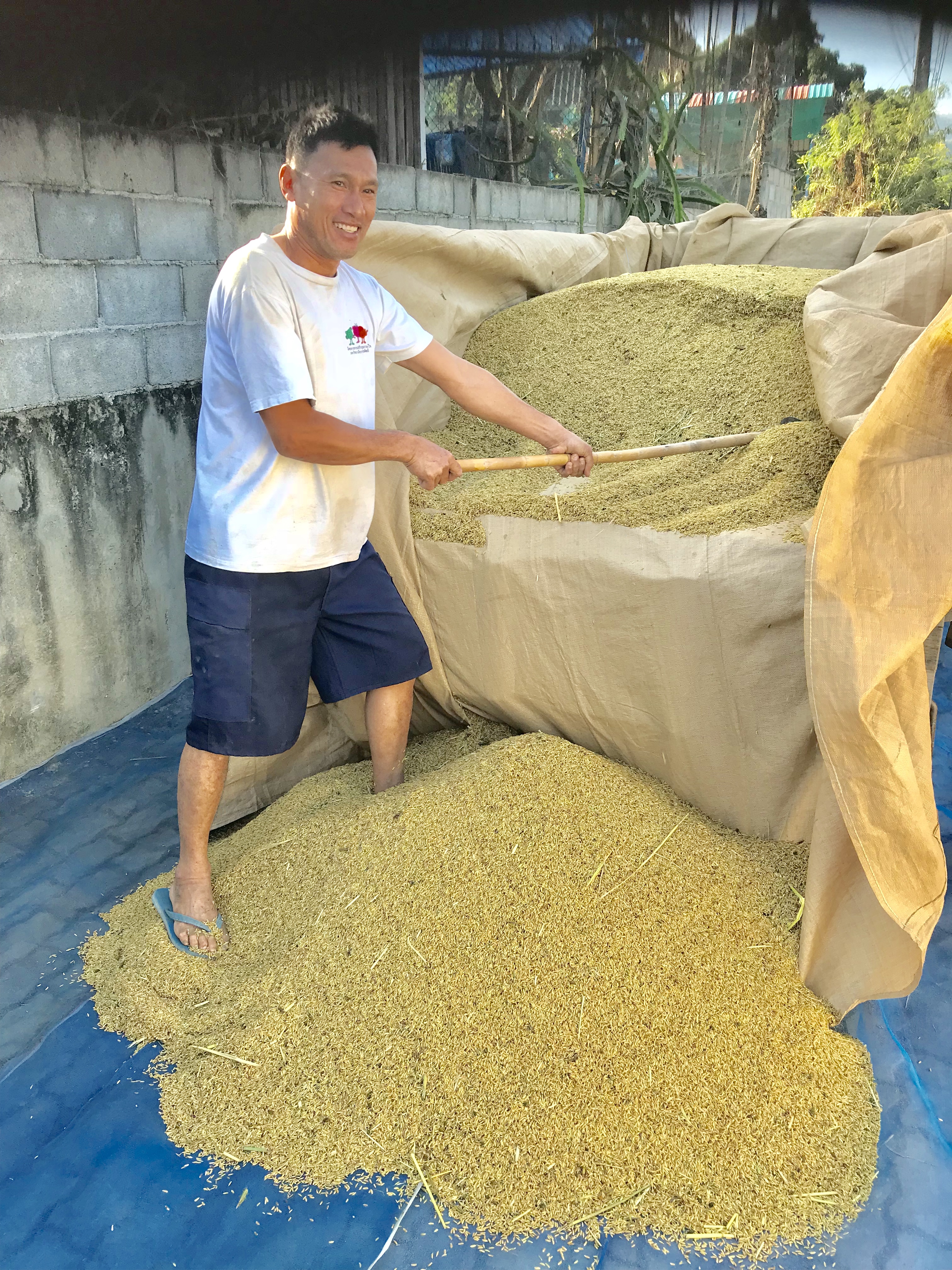 Day One of Riding. A 65km cycling day from the Golden Triangle Archway near Chiang Rai Northern Thailand with Burma, Laos and the Mighty Mekong River further to the North.

A misty morning start but nice and cool as my Co-Rider Merle Oates from Narrogin Western Australia, our cycling guide Ning, Nahm the driver, Bird the Mechanic and I ride South to follow the Mekong River.

Beautiful views into Laos off to our left for most of the day while heading towards Chiang Khong. A few big hill climbs before reaching Chiang Khong, enough to test the lungs and quads when hitting some steep inclines just before a decent into a small town that borders Houay Xay across the Mekong River into Laos.

It’s now the Thai winter and the monsoon season has passed so the next 12 days of riding promises to be kind to us as we continue onwards to our final destination 1200 km away at Nong Khai on the Thai side bordering the Laos capital Vientiane.

Chiang Rai City was founded by King Mangrai in 1262 and became the capital of the Mangrai Dynasty. Subsequently, Chiang Rai was conquered by Burma and remained under Burmese rule for several hundred years. It was not until 1786 that Chiang Rai became a Chiang Mai vassal. Siam (Thailand) annexed Chiang Mai in 1899, and Chiang Rai was proclaimed a province of Thailand in 1933.

In 1432, during the reign of King Sam Fang Kaen of the Mangrai Dynasty (1402–1441), the Phra Kaeo, or Emerald Buddha, the most revered Buddha statue, was discovered in Chiang Rai when an earthquake split the chediat Wat Phra Kaeo of Chiang Rai city. The beautiful jade figure was then seen concealed within. Another telling of the story has the "Emerald Buddha" hastily covered in mud just before marauders entered to pillage. Many years later, the clunky-looking mud Buddha was found to actually house a magnificent jade statue, perhaps by way of the earthquake mentioned above—which caused a piece of the clay to break off—revealing the jade beneath.

In 1992, the city pillar was moved from Wat Klang Wiang to Wat Phra That Doi Chom Thong, where it is known as Sadue Mueang the "navel" or omphalos of the city.

The Golden Triangle designates the confluence of the Ruak River and the Mekong River, since the term has been appropriated by the Thai tourist industry to describe the nearby border tripoint of Thailand, Laos and Myanmar.