Perth to Narrogin via North Bannister 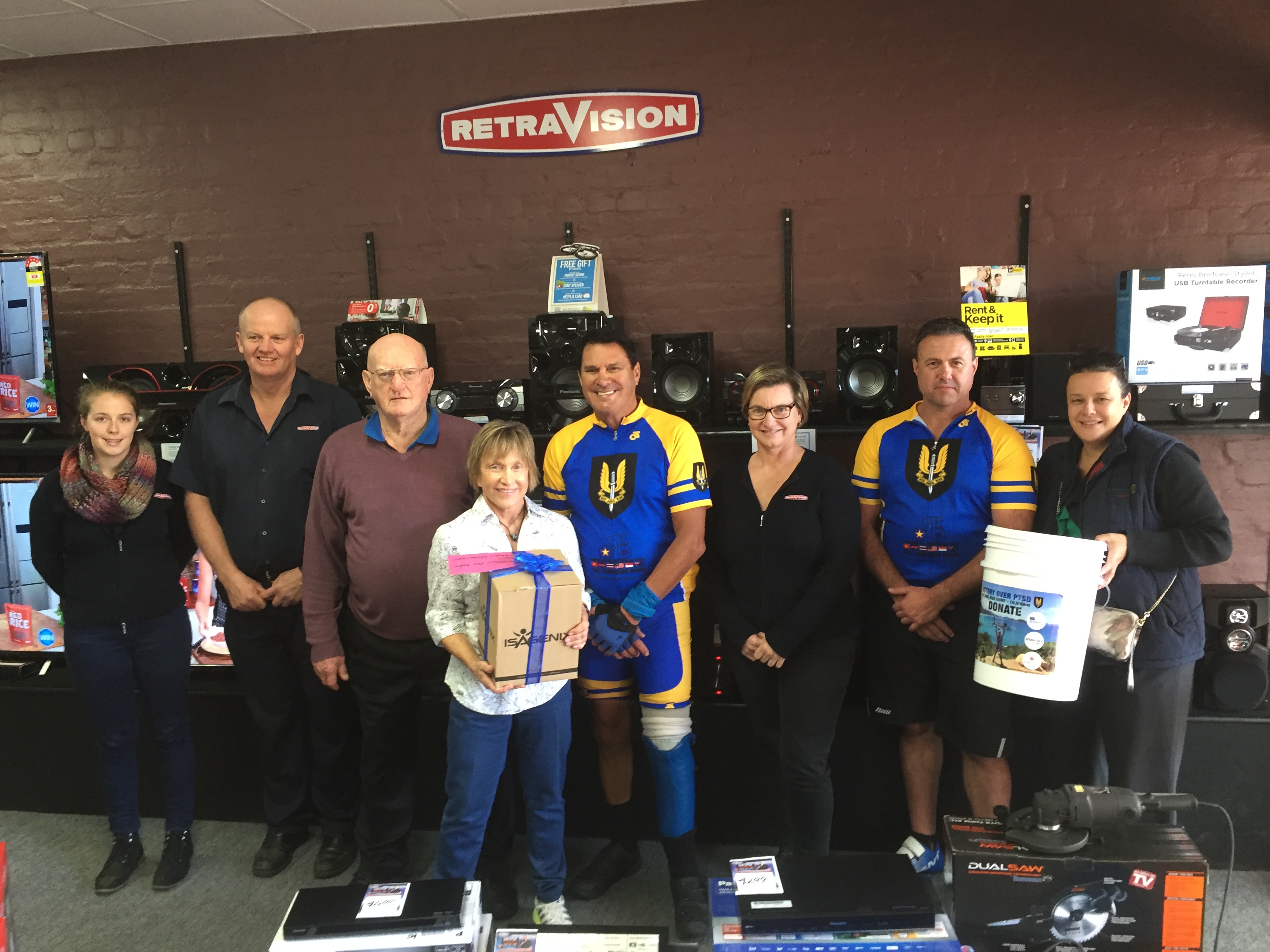 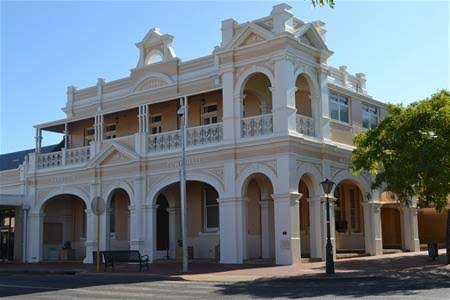 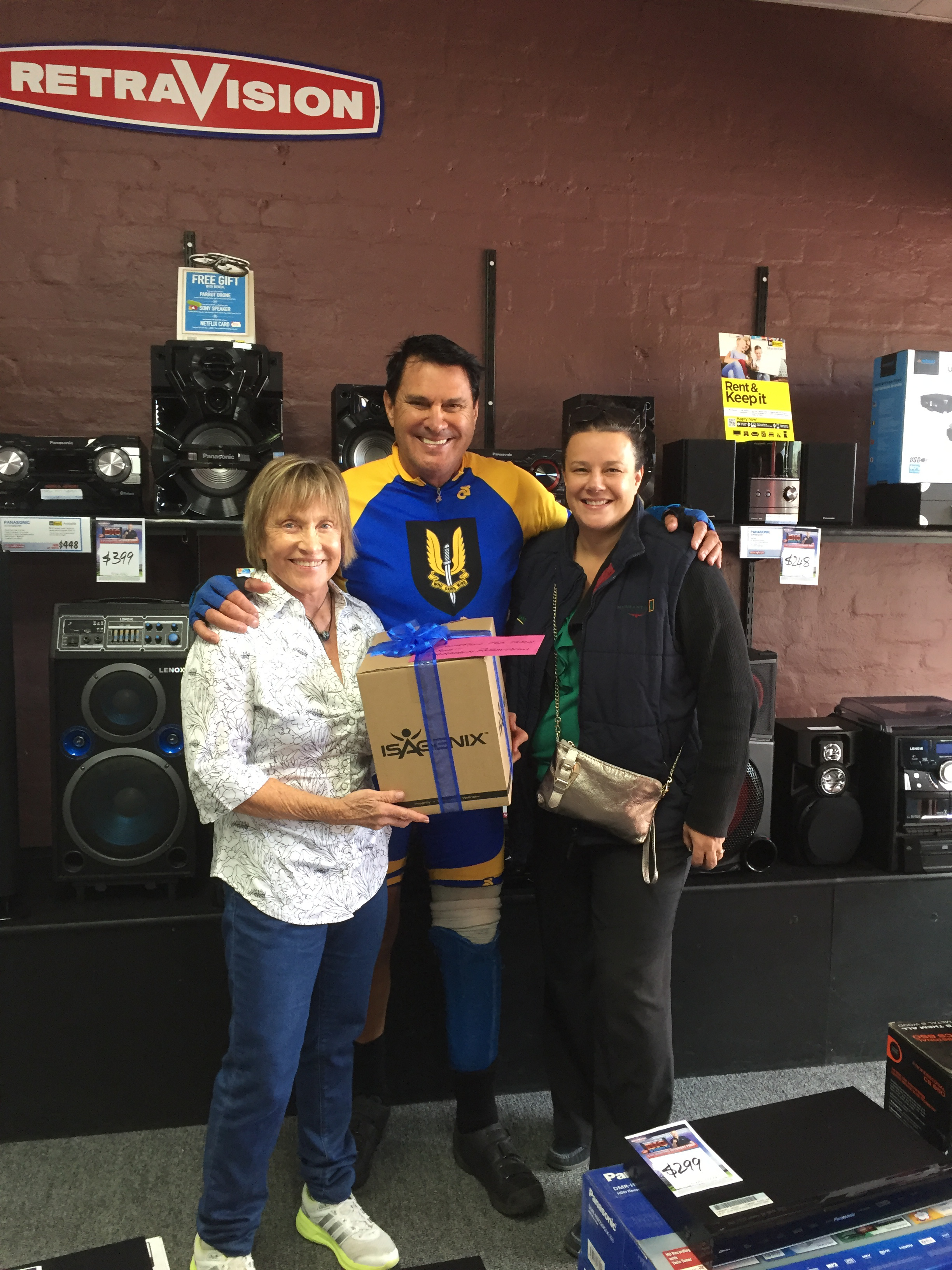 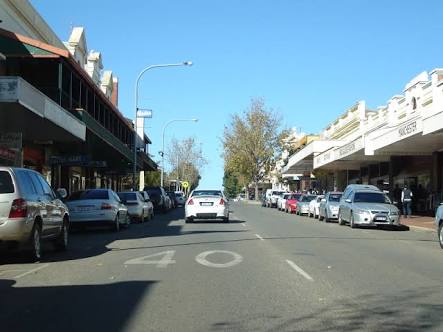 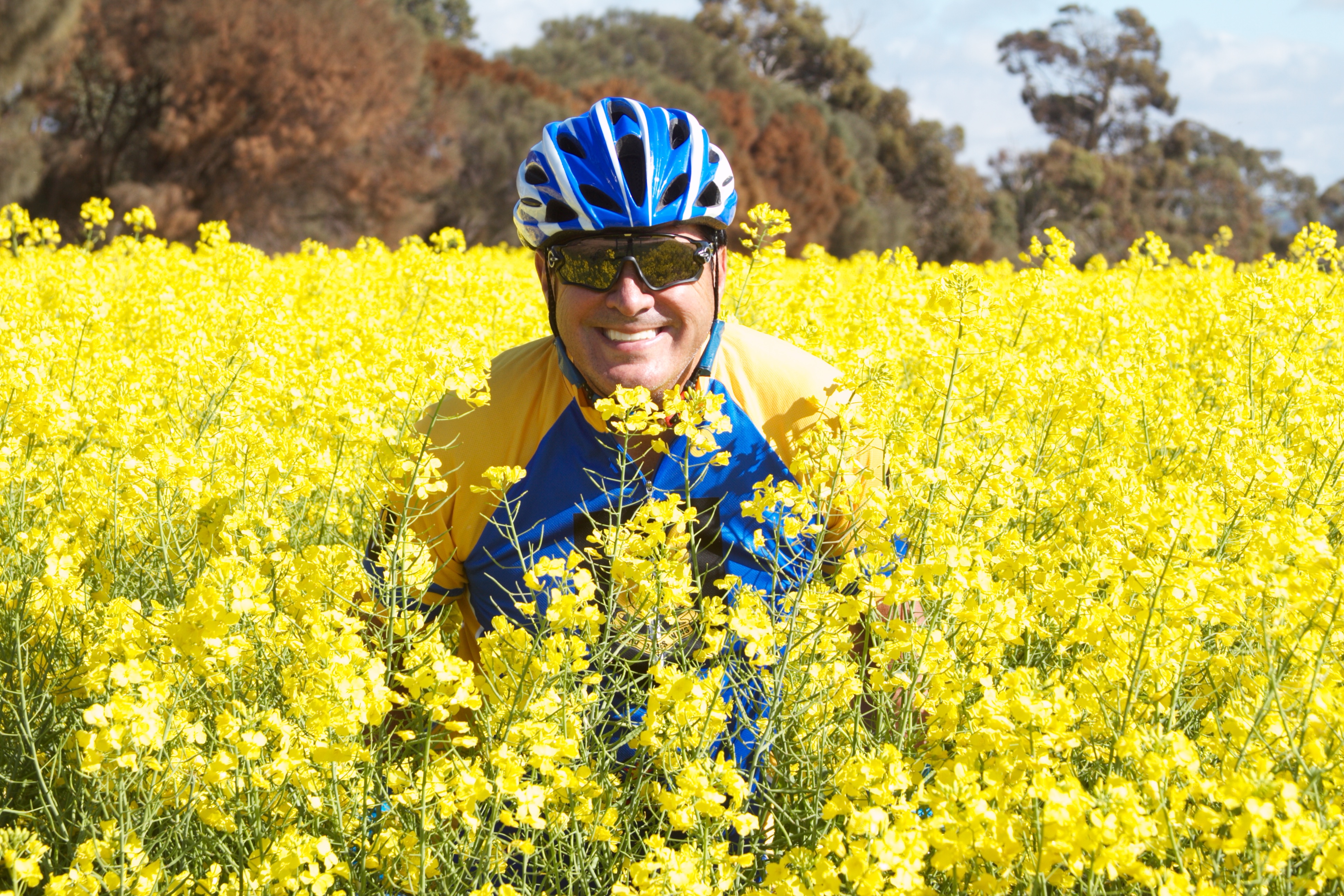 A fantastic send off from South Perth foreshore on Monday, 5th September, by old and new friends. Nice to see some skydiving friends that I haven't seen since I was a very young skydiver in the sport. A big send off as mentioned and thank you to those that came out on a beautiful Perth spring morning to see Mat Jones from Lockforce and myself off on the Western Australia leg. And to those who contributed to the long ride home donation bucket at the foreshore, thank you from TLRH team.

A big change for me in terms of weather conditions. Riding in extreme hot conditions in SE Asia
to riding in the cold mornings 10 degrees here. I am hoping the summer comes soon as the sore muscles recover much quicker in the warmer conditions, but maybe that's just my old body.

Great to catch up with a couple of ex SAS mates Bart Mavrick and Bill Bryden who drove out to meet us in North Bannister and bring out 2 X Sets (9 bottles) of very rare SAS 50th Anniversary Port donated to the TLRH cause by Stretch Maker another ex SAS mate.

Continuing through the back roads from North Bannister to Narrogin I realised I was back in this beautiful country Australia. Rolling green grassy hills, scattered gum trees and here in the South West amongst fields and fields of canola flowers flowing through the hillsides.

Arrived in Narrogin today to be met by friends Norm and Merle Oates at the Narrogin Retra Vision store who again have made a kind donation towards the long ride home.

The support crew, Trevor Gunning and John Matten, are traveling well. They've got a system organised rotating vehicles to look after our back end. Jeanette (Trevor's wife) made sure her loving husband was stocked with all the right food and cookies to keep him going for the journey. Jeanette thank you very much as the hedgehog slices are very delicious with a warm cup of tea during the rest stops.

Overnighting here in Narrogin in the good hands of Norm and Merle Oates. Including a big chicken stew dinner on a very cold night.

Narrogin is an Aboriginal name, having been first recorded as "Narroging" for a pool in this area in 1869. The meaning of the name is uncertain, various sources recording it as "bat camp", "plenty of everything" or derived from "gnargagin" which means "place of water".

The first Europeans into the Narrogin area were Alfred Hillman and his party who surveyed the track between Perth and Albany in 1835. They passed only 10 km west of the present site of Narrogin. In time they were followed by the occasional shepherd who drove his sheep into the area seeking good pastures.

The area was first settled in the 1860s and 1870s when pastoralists moved and settled in isolated outposts. The population was so scattered that there was no incentive to establish a town.

Narrogin was officially declared a town in June 1897 and it was gazetted as a municipality on 13 April 1906. The early years of settlement were hard with farmers relying on sandalwood cutting and the bark from mallee trees (it was used as a tanning agent) to compensate for poor returns from wheat and sheep.

By early 1898 the population of the town was 60, 35 males and 25 females. The local Agricultural Hall was opened the same year by Frederick Piesse.[

According to the Town of Narrogin, Narrogin is unlike many other rural regional centres throughout Australia and is enjoying a strong and constant growth rate of approximately 2% per year, at the expense of surrounding areas. However, statistics from ABS (Australian Bureau of Statistics) show a steady decline in population from 1981 through to today – 4969 (1981), 4638 (1991), 4419 (2001) and 4219 (2011). It is worth noting that in 2006, the population in Narrogin was 4238, so between 2006 and 2011 the town lost only 19 people. Therefore, the population decline in the town has slowed down significantly.

The Old Court House Museum is a major attraction for tourists. The building was designed by the architect George Temple-Poole and constructed in 1894. The building served as a Government school until 1905, when it became the local courthouse. A local branch of the Agricultural Bank was housed in the building between 1924 and 1945, but in 1970 it was converted again into the local courthouse. Since 1976, the building has been used as a museum, exhibiting displays of regional memorabilia.

Truck Sams and Mat Jones
On the Long Ride Home
In The Wheatbelt, Western Australia