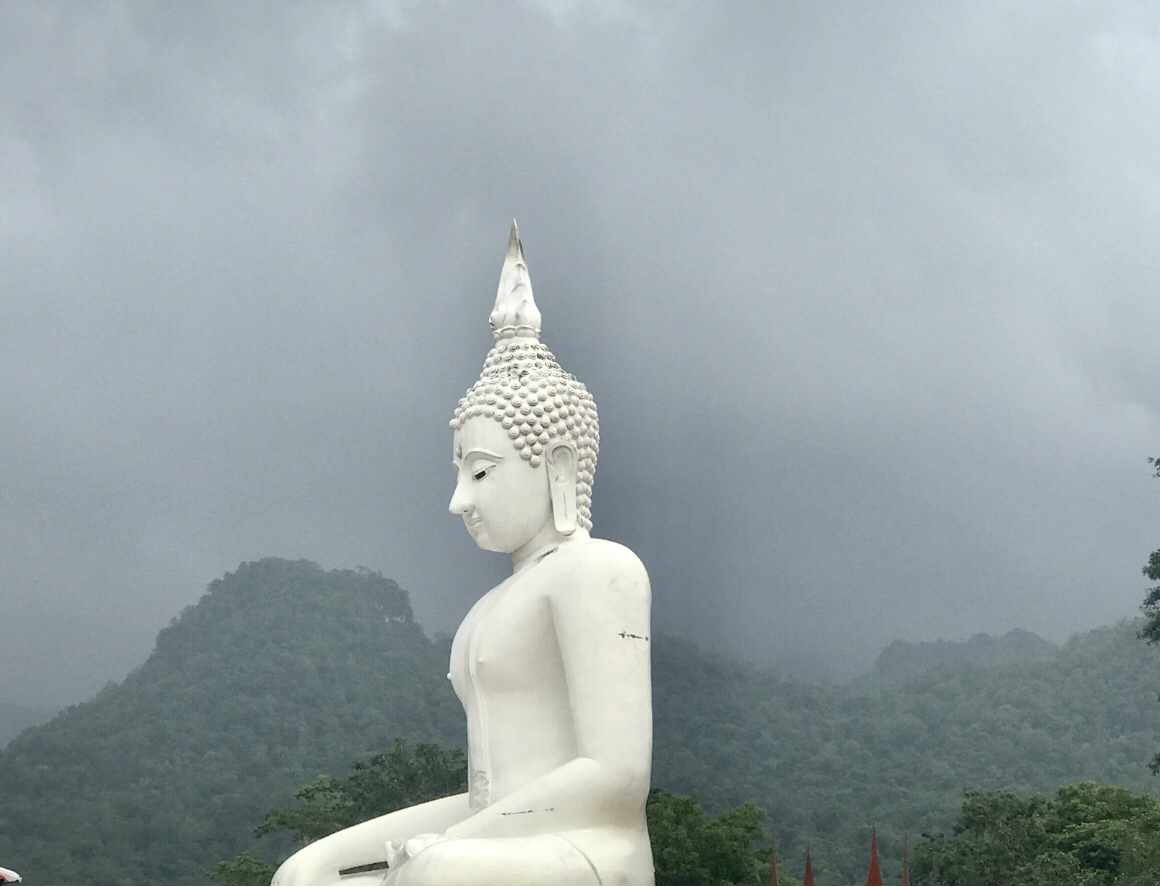 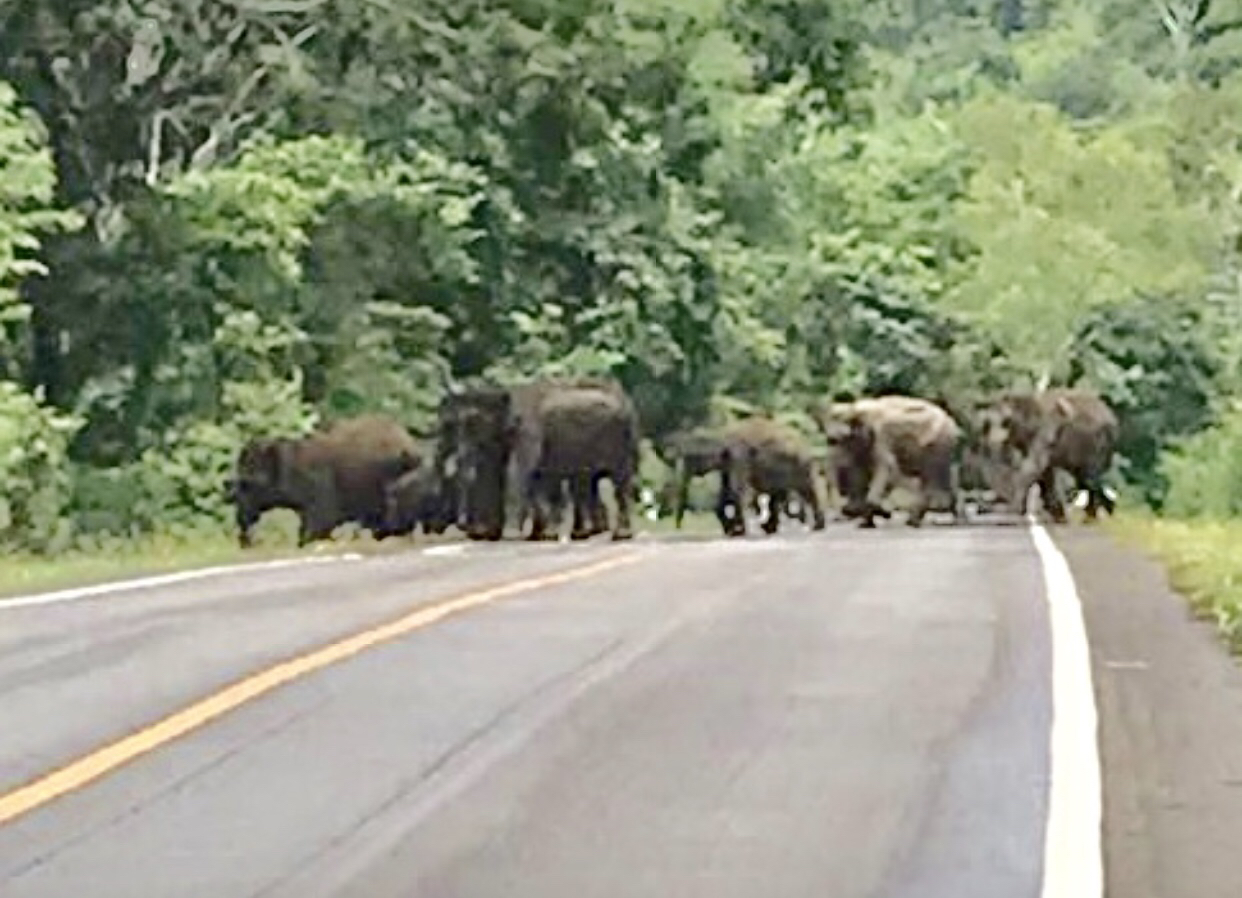 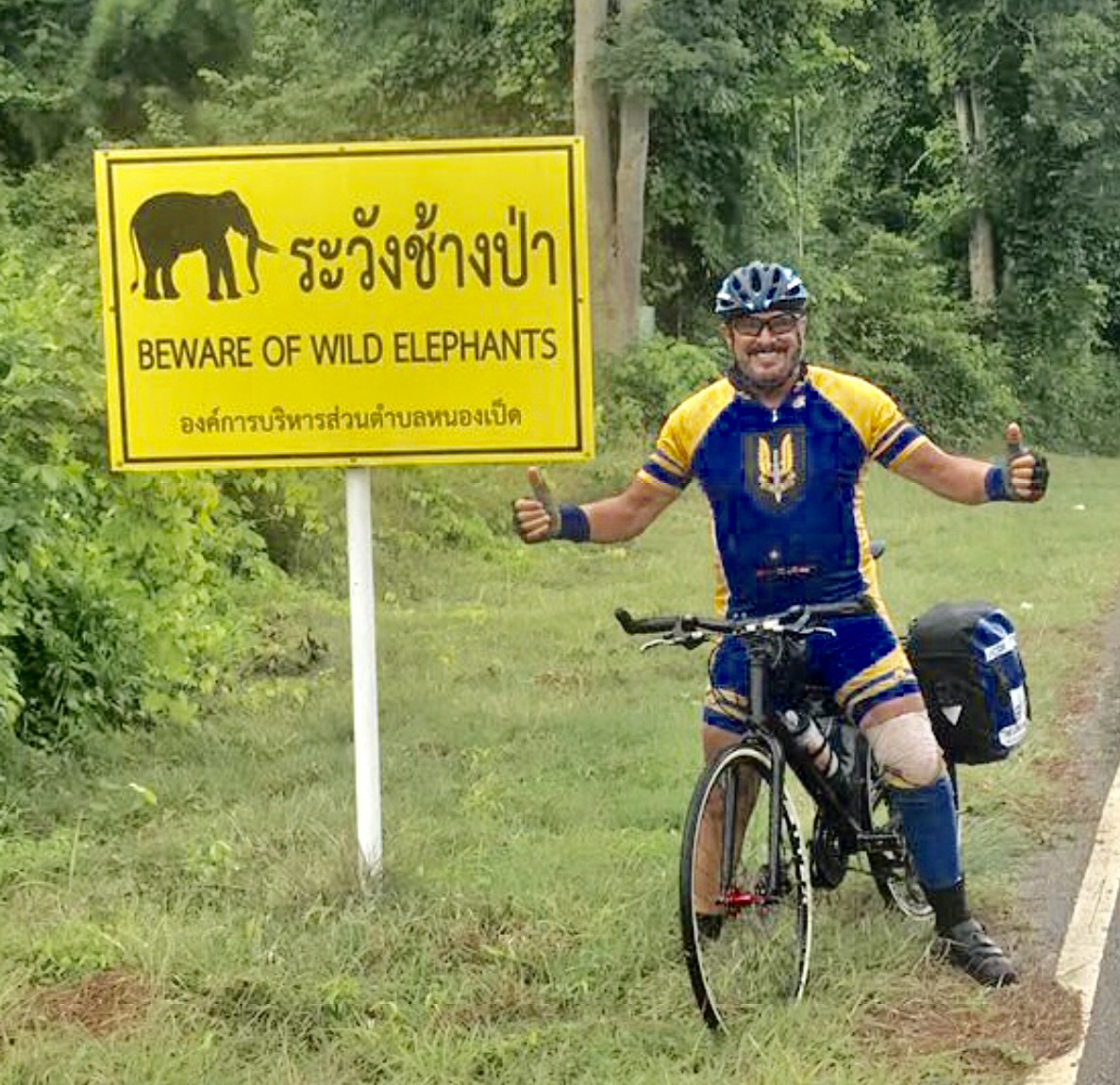 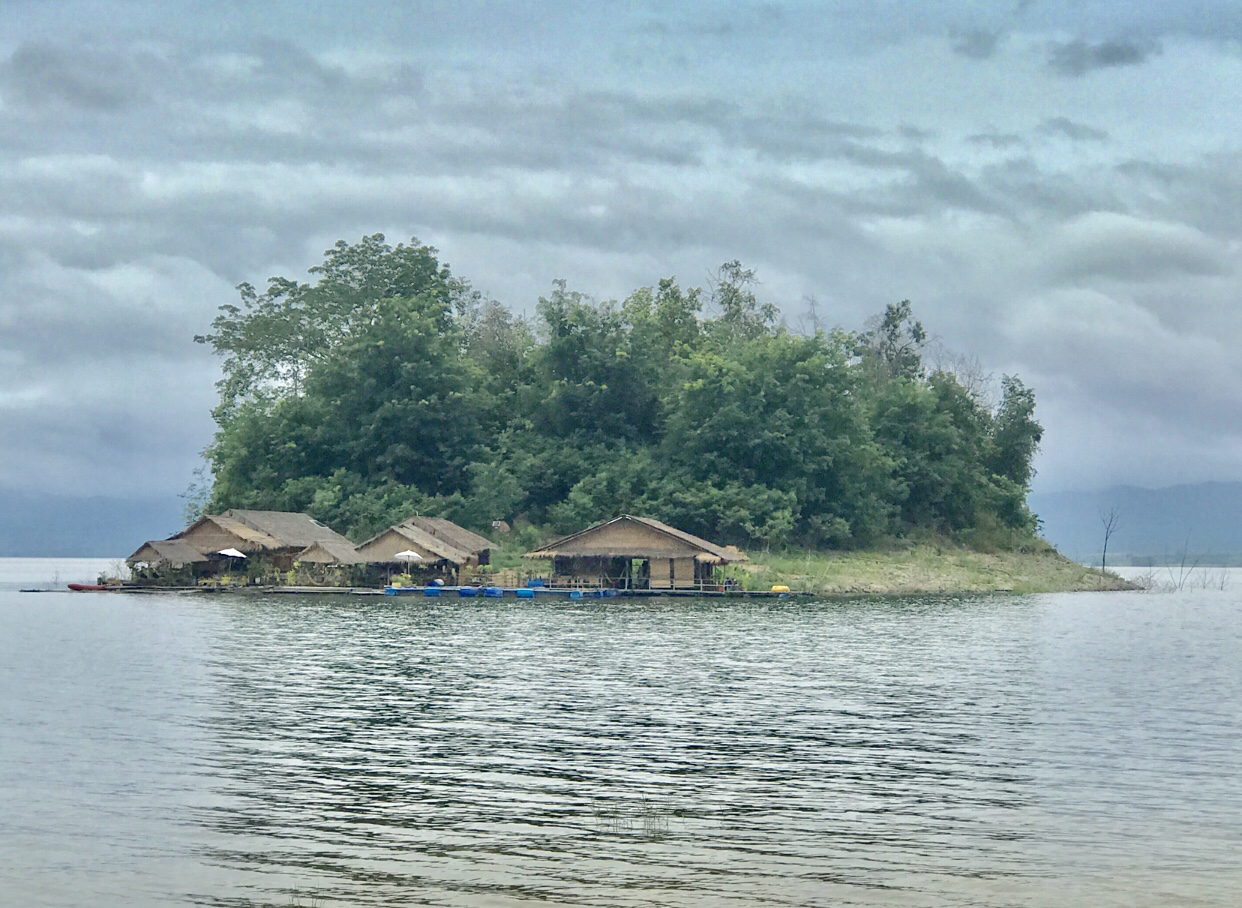 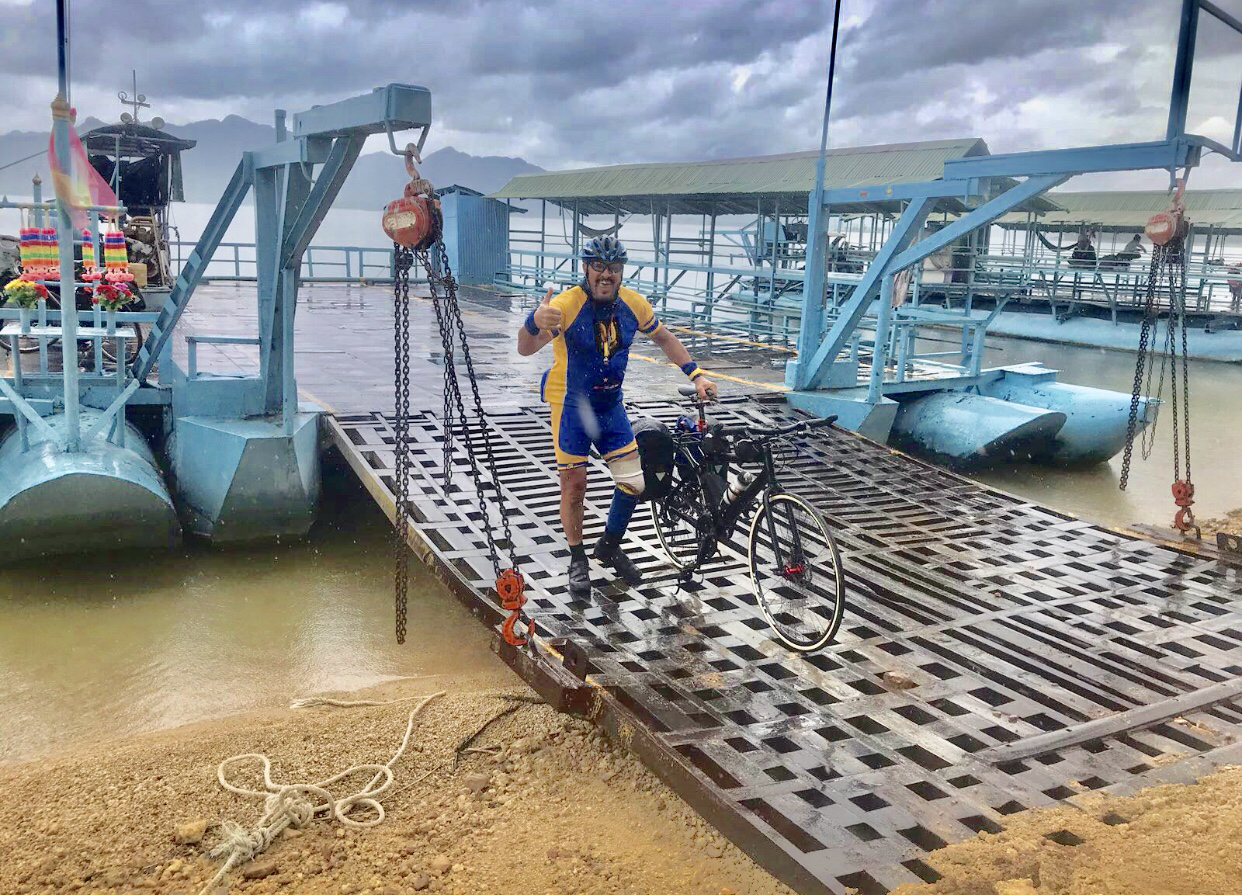 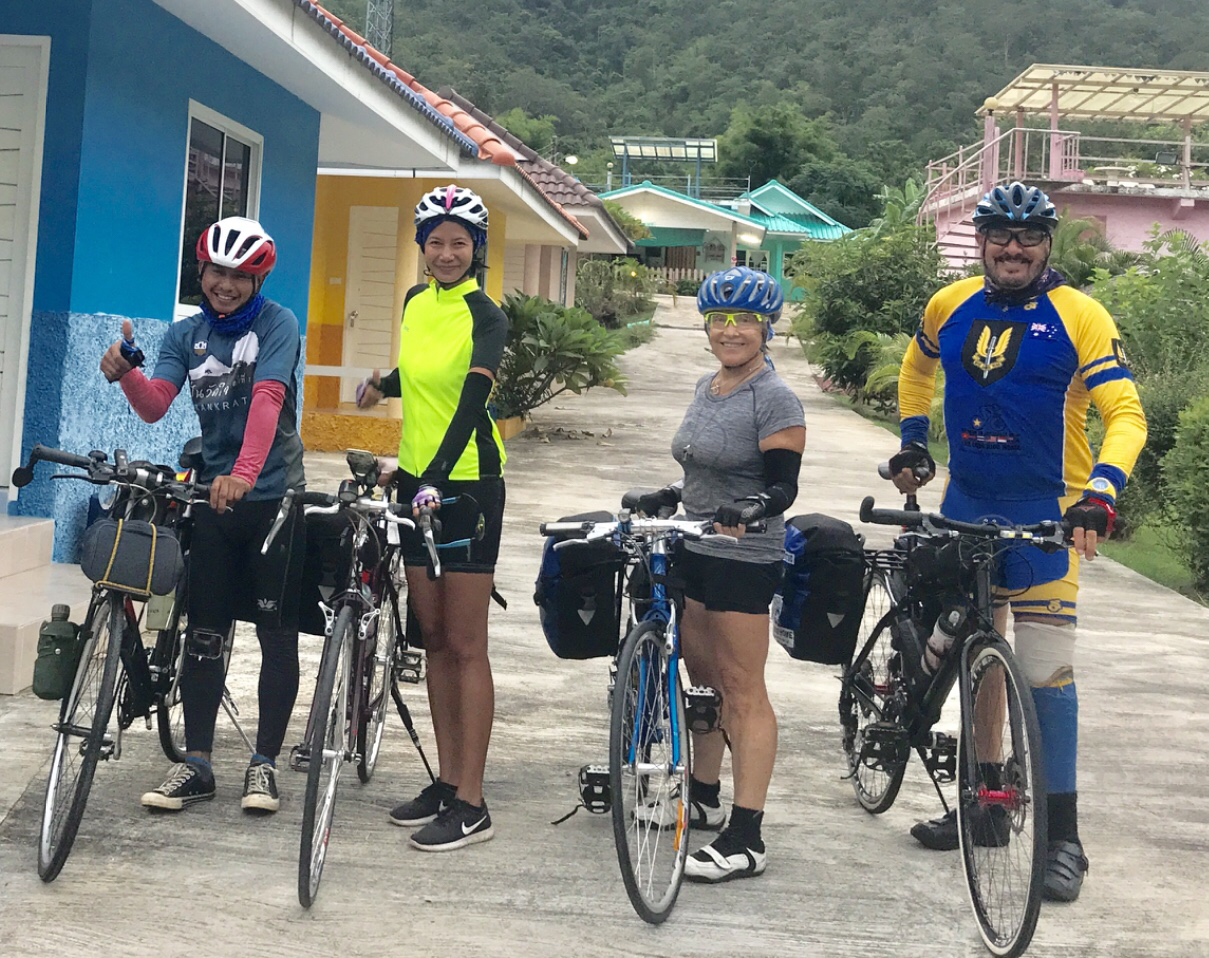 After some hilly climbs in the Thong Pha Phum and Itong area it was turnaround time to head back to Hin Dat Springs then divert off the Thai Burma Railway route section into another region. Even more very steeper climbs over another National Park towards the Srinakarin Dam for a two day stopover at a friend’s raft house.

Tested the body today with some 2 hour straight climbs and big downhill descents, but where’s there’s a down there always an up. Some serious off road cycling involved which kept the mechanic busy changing tyre after tyre.

Some beautiful jungle in this part of the world between the River Kwai Noi (small) and River Kwai Yai (big) fed by two huge adjacent dams the Khao Laem and the Srinakarin Dams. The National Park well off the beaten track was like the lost world and getting to the raft was quite a mean feat in itself.

My friend’s raft is a world away from the maddening crowd and smog created by the big cities, fish in abundance and not a soul around.

A couple of ferry crossings to get in and out after some heavy cycling but well worth the effort for the adventure and to simply chill out.

I’ll return here again soon for another training period and get back to the raft for a break, take the watch off and in future will certainly bag the mobile phone for a week or two whilst recharging my body and mind.

We managed to just avoid cycling into a herd of wild elephants on route to Erawan falls after leaving the ferry which was the excitement for the day.

Truck Sams dodging wild elephants on The Long Ride Home in the national parks of Thailand.