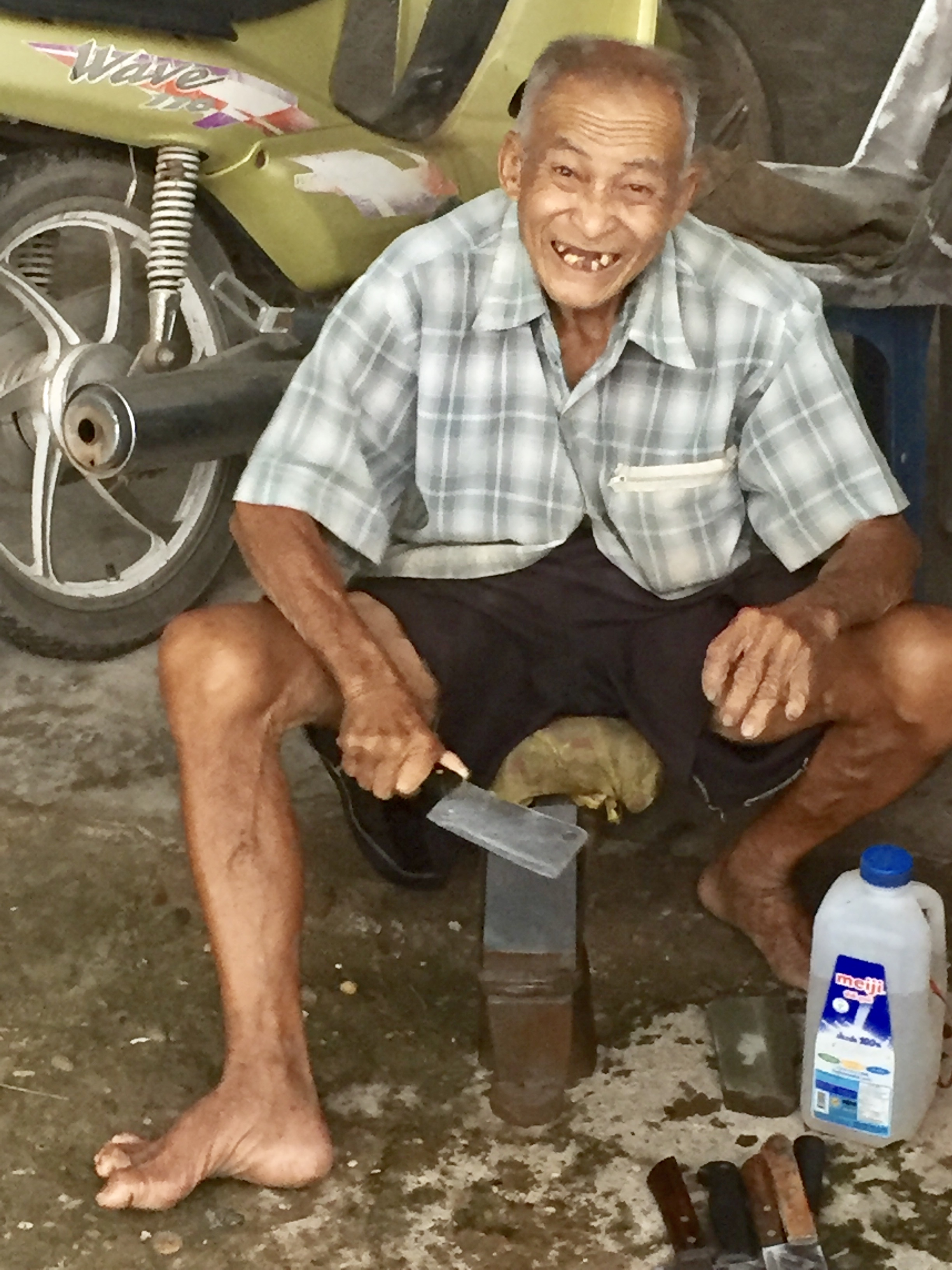 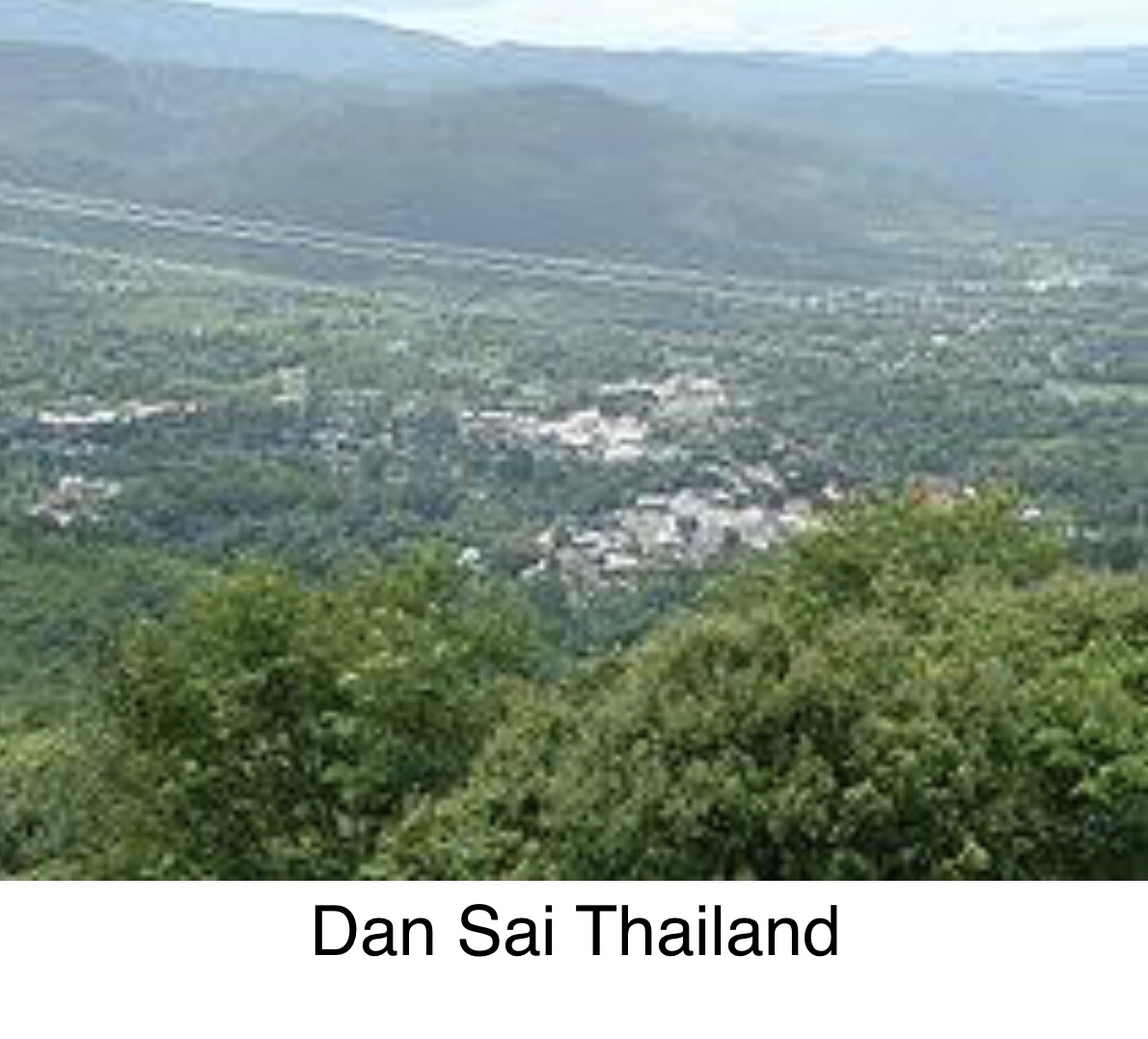 Rolling hills again with some big 5km climbs but some awesome downhill runs through fruit growing areas and beautiful teak tree forests through another national park. A very scenic ride to take your mind of the hill climbing to a night stop in Dan Sai. A few stops along the way eating some local food, getting blessed by the monks in the early hours and trying to use the local squatting toilets on one leg.

Ancient civilizations lived in the fertile land along the Nan River and its tributaries, as is evidenced by Stone Age tools unearthed near Phitsanulok. However, these early hunter-gatherers are not likely to be ancestors of the Tai who presently inhabit the Nan basin.

The human population around the Chao Phraya River and its tributaries, such as the Nan, remained sparse until late in the region’s history. The settlement of the indigenous populations of the region began around the advent of rice agriculture during the Bronze Age, and continued through the Iron Age. Archaeologists suspect that Mon–Khmer speaking tribes spread through the region, bringing rice agriculture, metalworking, domestic animals.

The main course of migration during the metal ages probably ran along the coast of Thailand, but migrants also travelled inland along the Chao Phraya to the Nan Basin and other areas, where it was relatively easier to establish settlements.

The next major wave of migration into the Nan Basin came not from the coast along the Chao Phraya, but rather from the mountainous areas of northern Thailand. These migrants were the Tai. Their course of immigration probably began south of the Yangzi River.

As the Han Chinese spread south of the Yangzi around the sixth century BC, the ancestors of the Thai retreated into the high valleys and, over many centuries, migrated west along an arc from the Guangxi to the Brahmaputra Valley. The Thai brought rice-farming expertise to the mountainous areas of Northern Thailand, and eventually to the Nan Basin and the other lowland regions of Thailand. Some of the Nan River Mon-Khmer retreated into the hills as the Thai expansion continued, while others generally adopted dialects of the Tai language and blended into the culture of the new settlers.

The Tai language spoken in the area was heavily influenced by the Khmer culture as well, and evolved into the language we now call Thai, which is considerably different from other Tai dialects. Even after this Thai migration, the population in the Nan Basin, other than along the banks of the Nan River and its major tributaries, was sparse.

Predator animal species, as well as malaria, tropical temperatures and other hardships, kept the population from expanding far from the river, despite the region's extremely fertile soil. As the population grew during these ancient times, settlements along the Nan eventually became more urban, as populations of larger scale were better able to survive the hardships of the heavily forested region. The earliest urban developments along the Nan were modelled after the Mon-Khmer capital at Angkor in Cambodia, which was already quite advanced by the time the Nan Basin had significant population to support urban settlement.

Along with the positive effects of urbanization (e.g. development of art and specialization of labor), however, came slavery, war and other societal problems associated with urban culture in the forecoming city-state period. Even in spite of urbanization along the river banks, most of the Nan Basin (aside from the river-side settlements) consisted of virgin forests until around the turn of the 20th century. One of the early river-side urban areas of the Nan emerging during the era of the Khmer Empire was Song Khwae, which over the years developed into the modern city of Phitsanulok.

Phitsanulok is the only place in Thailand where houseboats are legal, as they have been an important aspect of regional culture since long before the drafting of modern municipal law. People of Phitsanulok still gather on houseboats and raft houses along both sides of the Nan River in the city, and adhere to a traditional way of life. There is even a floating houseboat museum along the Nan in Phitsanulok, which allows tourists to experience the Nan houseboat culture first-hand.

A lot of history about the region and surrounding districts to learn about on route,but one thing for sure is that there are no shortage of national parks to cycle through.

Neighboring districts are (from the east clockwise) Phu Ruea of Loei Province, Lom Kao and Khao Kho of Phetchabun Province, Nakhon Thai of Phitsanulok Province, and Na Haeo of Loei again. To the north is the Xaignabouli Province of Laos.

The northern part of the district reaches the southern end of the Luang Prabang Range mountain area of the Thai highlands.

Truck Sams and crew on The Long Ride Home Isan district of Thailand.